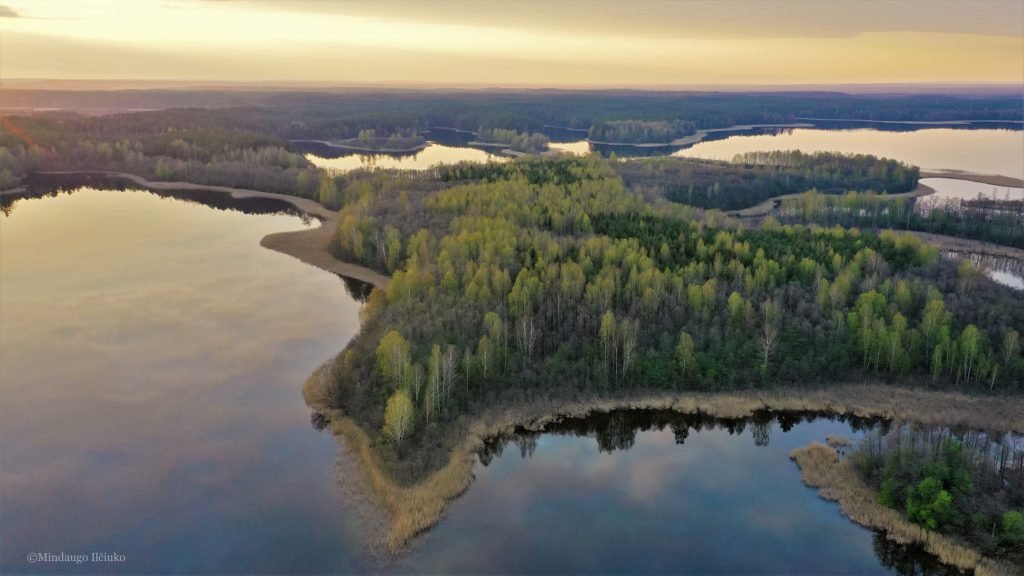 A presentation of a study of “Natura 2000” network social-economic benefits was held on 29 October 2020. An event about the study was organized online by the State Service for Protected Areas and Environmental Projects Management Agency implementing LIFE integrated project “Naturalit”.

The results and methodology of the first time made study was presented by Austeja Svedkauskiene, a leader of a research group in „BGI Consulting“ which had prepared “Natura 2000” network social-economic benefits study. She told that among main purposes of this task was to prepare a universal methodology of how to calculate benefits of “Natura 2000” network and other protected areas in Lithuania.

While calculating the value created by “Natura 2000“ sites, the research team relied on a representative survey of the Lithuanian population conducted by a company „Rait“, its own surveys and statistics provided by public authorities.

The socio-economic benefits of “Natura 2000” sites have been calculated comparing to the situation which would occur if there wasn’t any national protected area policy in those areas. The results showed that the profit of the “Natura 2000” ecological network to the country is worthy of 105 million Eur per year and more than twice exceeds the direct costs, which mainly consist of the loss of income of landowners due to the existing operating restrictions in “Natura 2000” areas and the costs of maintenance and monitoring of the network itself.

The market value of mushrooms and berries grown in forests belonging to “Natura 2000” network alone is more than 7.6 million per year, and the consumption value of visitors to protected areas exceeds 30 million. Businesses in these areas generate products and services for more than 6 million annually. However, the greatest benefits are provided by the indirect value of natural areas – it is drinking water resources, flood prevention, climate change mitigation, preservation of natural values for future generations. The total socio-economic benefit of the “Natura 2000” network is about 193.7 million per year. The annual network maintenance costs and losses of private land and forest owners amounted to 88.6 million euros.

A representative population survey also revealed that the public is becoming more aware of the value of protected areas. Almost half (44%) of the surveyed Lithuanian population would be willing to contribute financially to the conservation of “Natura 2000“ sites, allocating an average amount of about 90 euros per year.

“Although the importance and necessity of the “Natura 2000“ network is unquestionable and the European Union has obliged Lithuania to eliminate all the shortcomings and complete its establishment, we still face a lack of political will to take concrete decisions, says a leader of LIFE Integrated project team Birutė Valatkienė. “This first socio-economic benefits‘ assessment is therefore an important step in understanding the manifold value of the “Natura 2000“ network and demonstrating it to the public. It is also important to have financially based arguments in future political debates.“

Algirdas Klimavičius, Head of the Nature Protection Policy Group of the Ministry of Environment, who also spoke at the presentation of the study, emphasized that this study allowed for a financial comparison of things that were incomparable at first glance. “In the political process, one always has to look for an answer whether it is worth investing in a certain area of nature protection by changing the regulation of economic activities, which brings both benefits and losses“, said A. Klimavičius. – This is becoming very important for the development of protected areas, as the European Union has set a target for its members to increase the teritory of protected areas to one third of the country’s land area. The methods described in the study, including a representative survey of the Lithuanian population, allow us to evaluate not only the benefits created by nature, but also what economic values Lithuanian people attribute to protected areas.”

According to a report released by the European Environment Agency in mid-October, as many as 81% Habitats in the EU are in poor condition, however habitats which belong to the “Natura 2000“ network have maintained the best condition. This network is therefore of great importance to the European community, both in terms of biodiversity conservation and in economic benefit. The network currently covers 18 percent of EU land and almost 10% of its sea area. “Natura 2000“ ecological network makes up about 13 percent of the territory of Lithuania.